After operating our AOSense cold atom source for  a year (June 2017 – August 2018), the atom flux has decreased by a factor of 20, from an initial 55% absorption to currently 3%, due to a clogged aperture, as shown in the picture below. In a clean oven, the aperture looks square, without the curved material on each side of the square and obstructing the view of the microtubes or microcapillary array (each capillary has a 100 um inner diameter). This oven is inside vacuum at 10^-10 Torr and cleaning it ourselves means breaking vacuum, risk destroying the oven, and about two months of downtime putting it back together, all this effort for just another 4-6 months of acceptable running time, which is the amount of strontium left in the oven (and new clogging). Most importantly, we would like to delay a $40k oven replacement.

So we consider laser ablation instead to get this extra run time. Quantel was very kind to offer us a loaner laser: a Q-smart 850 with a 2W module, delivery up to 430 mJ 6-ns 532-nm laser pulses. This laser would allow us to use laser ablation to clean the oven, in an effort never attempted nor documented before. After less than 100 pulses onto the oven we see its effect in the image below, see the top left corner. 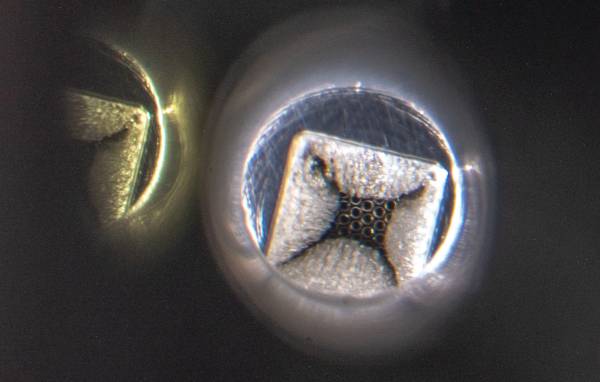 After a more aggressive sequence of pulses, the ablation became more evident, but also the damage to the cemented achromatic focusing lens (yes, it was a bad idea to try to image with the same lens ;), giving a blurry picture, but demonstrating that this works! yay! 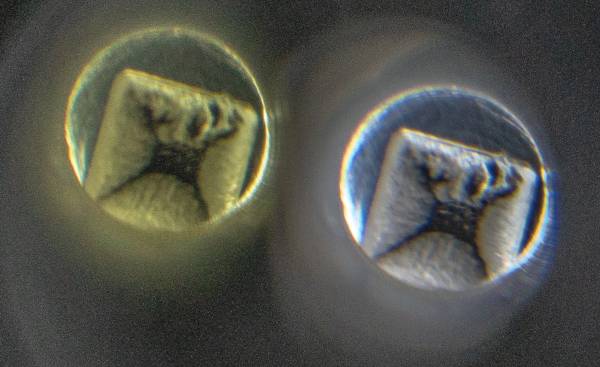 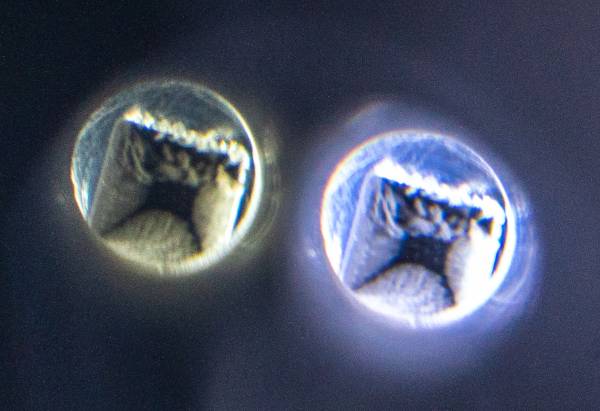 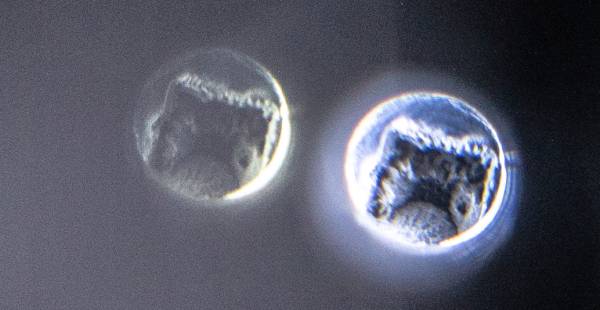 Finally a picture of the Q-smart 850 laser on our experiment: 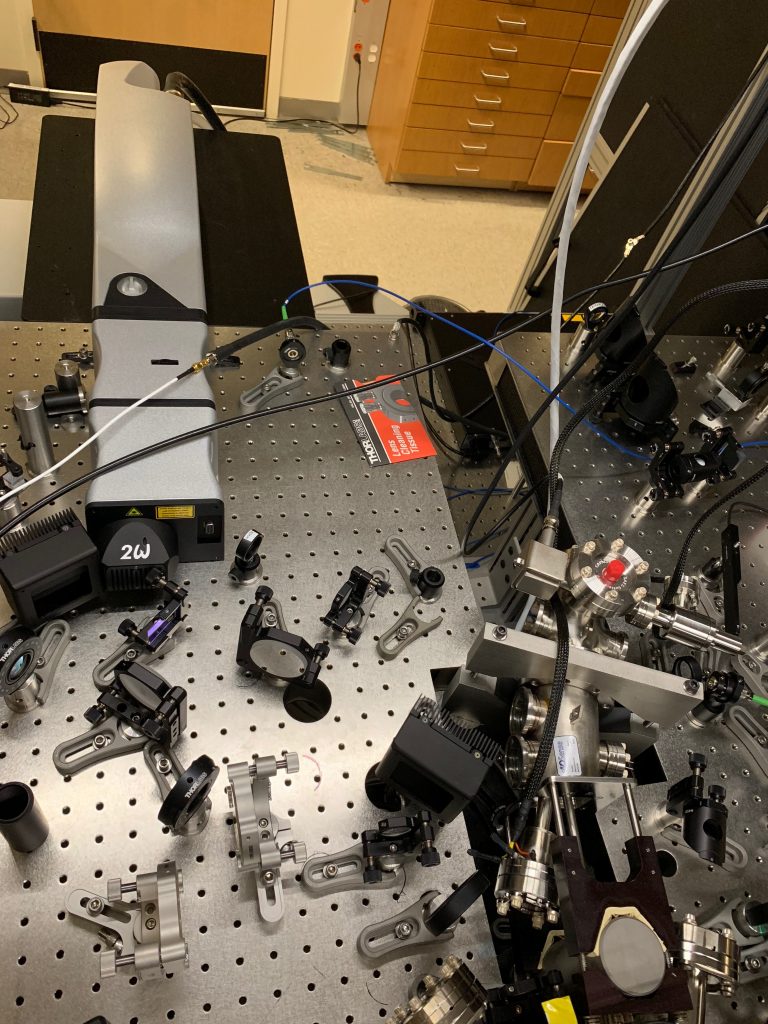