Despite the incredible waste of money that Helix Mechanical caused to UC San Diego during my lab renovations, I still see this company hired for lab renovations housing multimillion-dollar equipment.

The pictures below demonstrate that their work was all

These couple examples are clear evidence that the disaster was not due to the demanding specs of my labs, or just an engineering problem.

Let’s start. What do you do if you have a piece of unistrut (metal), which is not held to the wall or holding anything, in the way of your ductwork? Do you make a 5-minute call to check if you can just cut it and make a simple L-shaped duct? While this would improve the much scarce airflow, of course, you don’t do the latter! You build a snake around it! That how this contraption was known to all involved in the project: 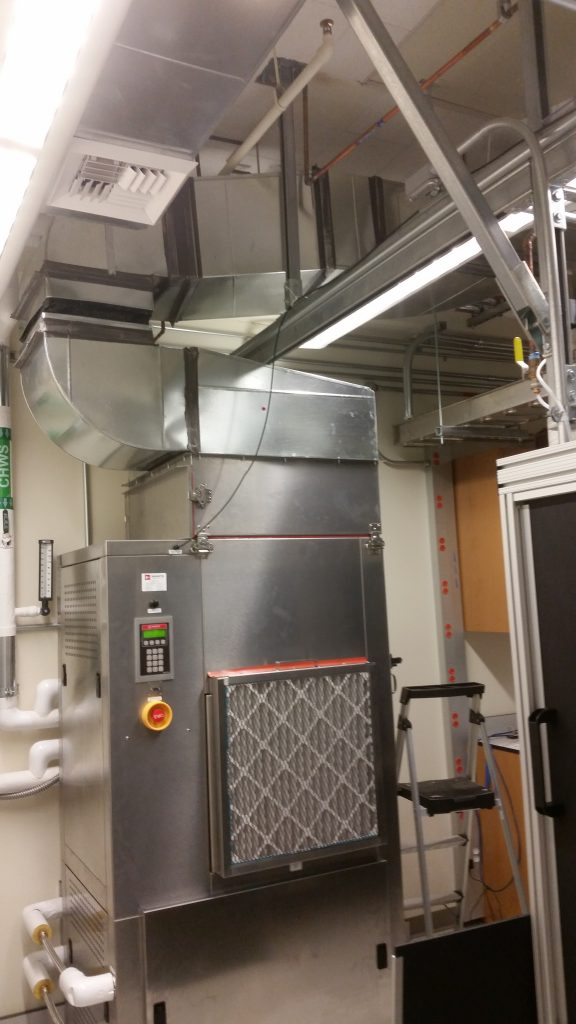 The chilled water pipes were also installed by Helix or G&R contractors? Anyway, the chilled water was flowing backwards, from return to supply. Note the higher pressure of the return than the source in the picture below. This caused a flooding over an optical table filled with optics. 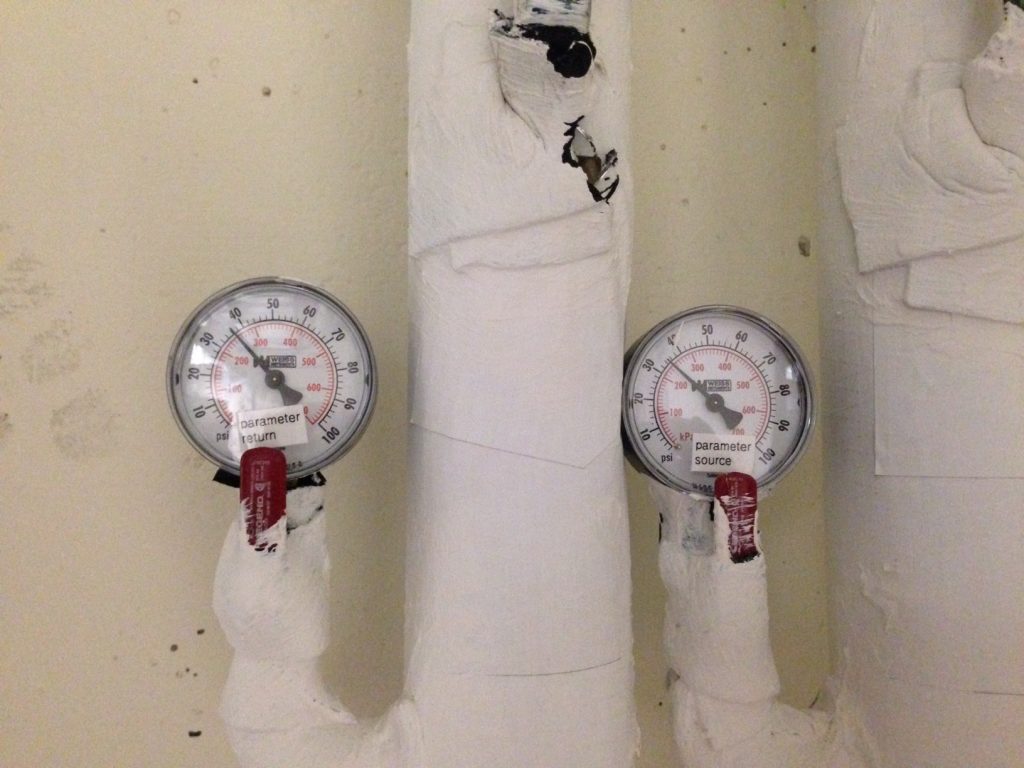 Labeling pipes is something that any lab renovation needs, yet Helix Mechanical did it wrong and it took TWO years to correct. In the picture below note that the same pipe is labeled chilled water return and heating water supply. We physicists had a number of models to accomplish this, though it required a Maxwell daemon or a new model of elementary particles. 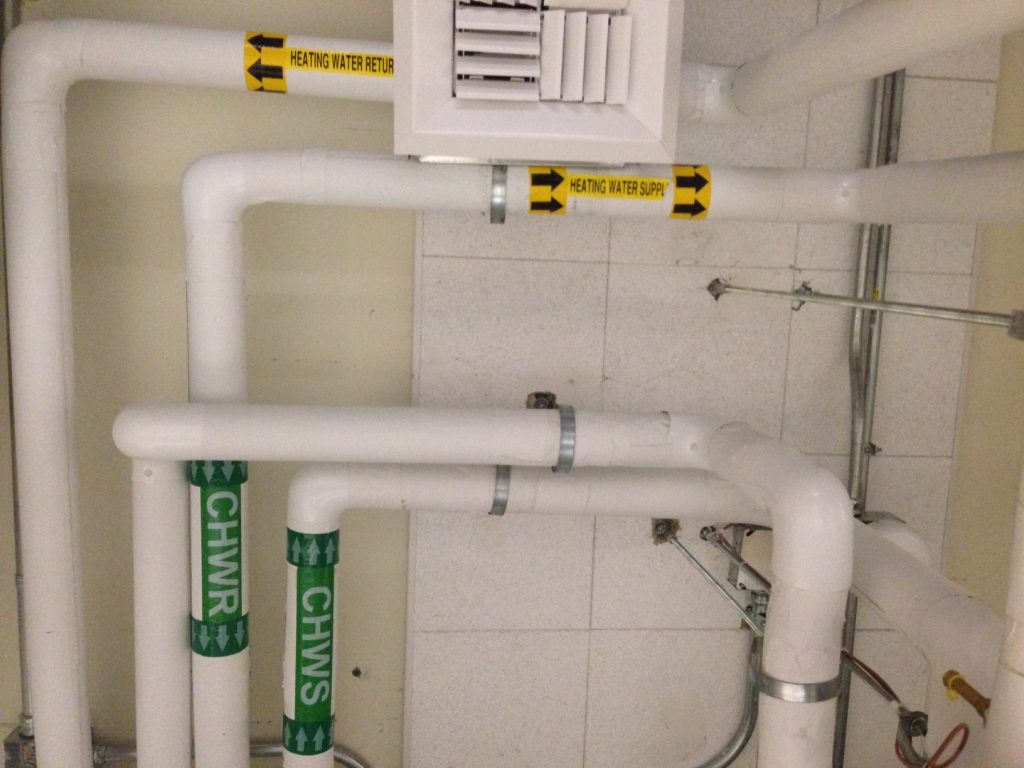 This one is hard to see, but they connected two ducts where air wasn’t flowing between them. It took months for them to acknowledge this and more weeks to repair. Of course, Helix acknowledged the problem only after a company was paid to balance the air. After the repair, the balancing company was paid again! 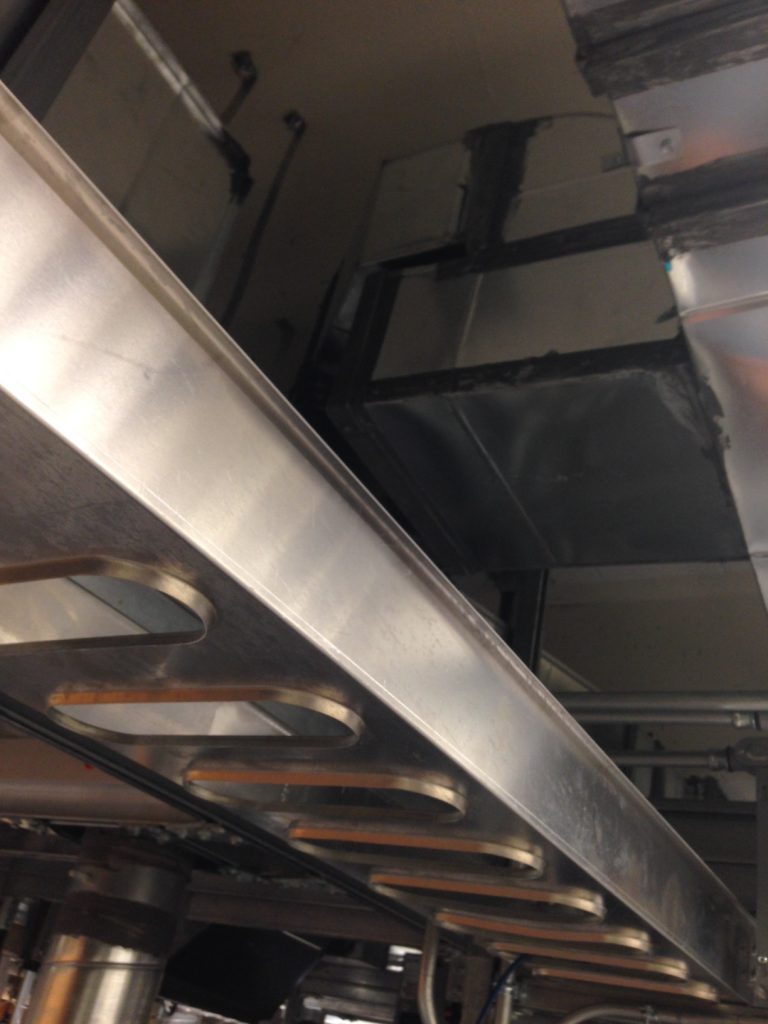 Let’s look at the last example, since your time is too valuable to be wasted on looking at incompetence: G&R didn’t seal properly the exterior walls, TWICE the entire “storefront” had to be taken down and rebuilt (see below). This picture shows one of those instances where the walls where full of water and mold. The last company, not Helix, fixed this properly and the problem didn’t reoccur. 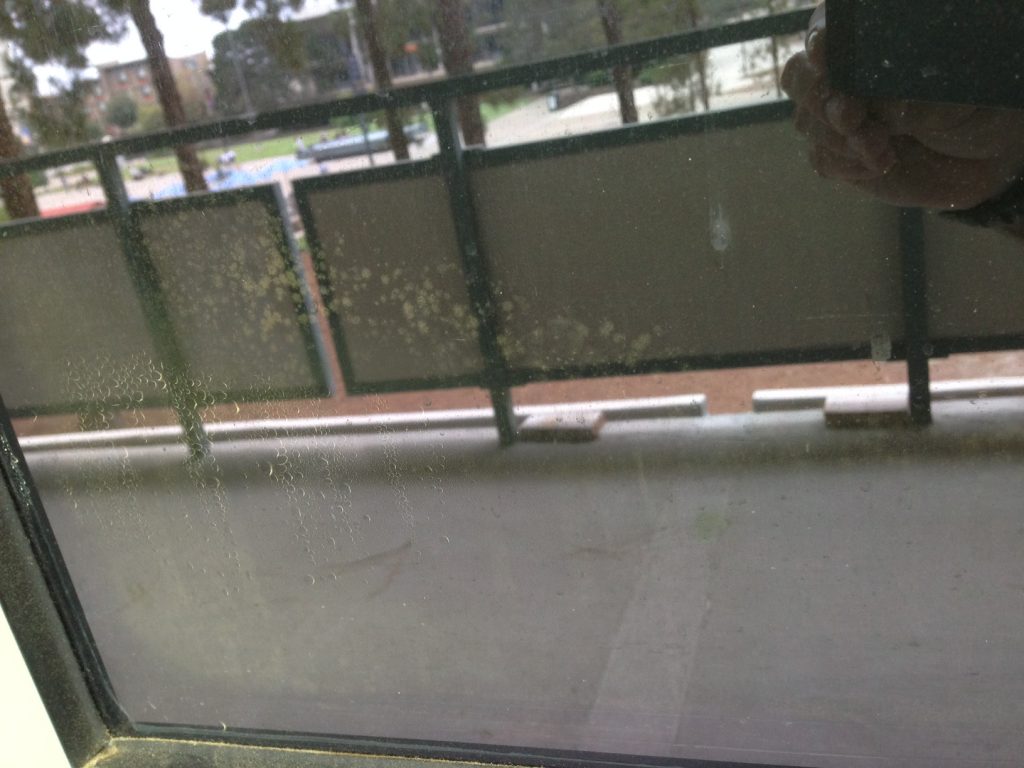 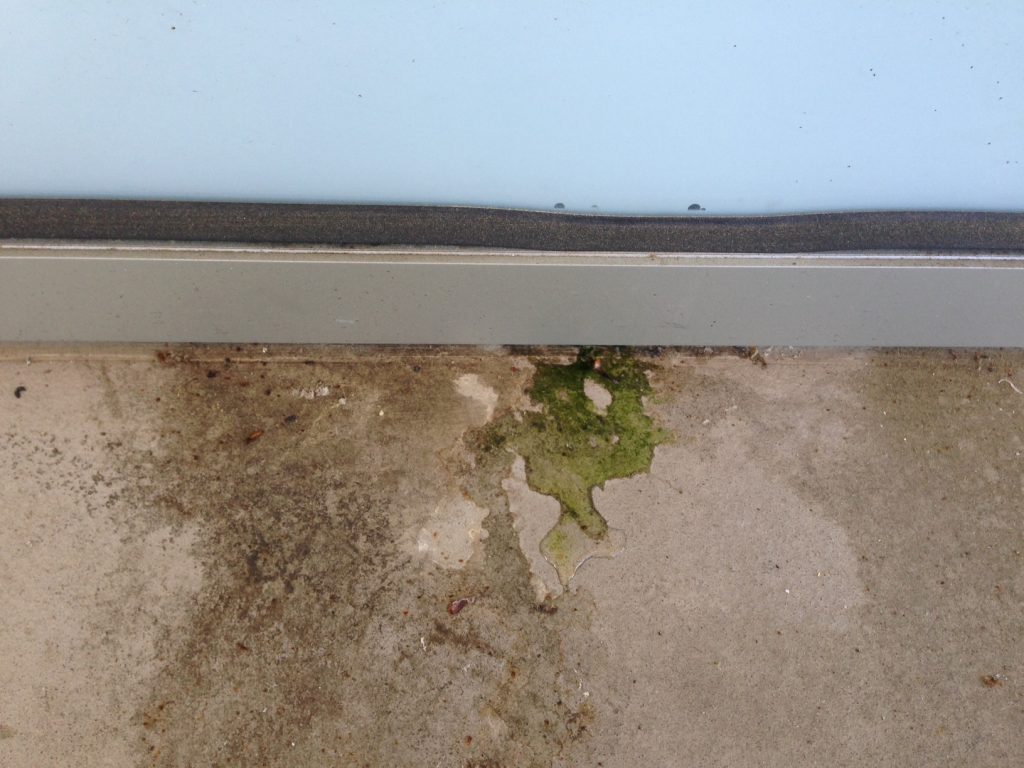 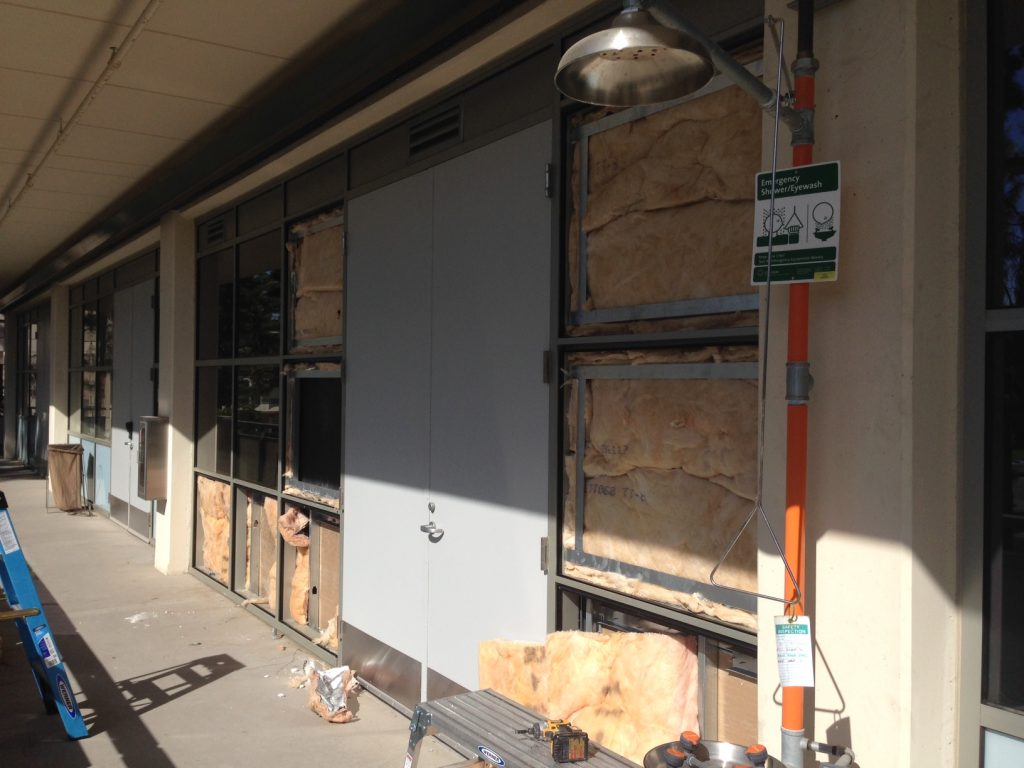